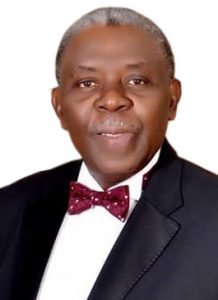 Babalola Adegboyega Adelaja brings his enthusiasm for lifelong learning to the ChiYoWo Empowerment Initiative. He is the organization’s Vice President and Director of Media. He is also in charge of providing advice on public relations and carries out all his duties with the motivation of advancing ChiYoWo’s mission and vision.

A pacesetter in the Nigerian television and video production industry for the past 35 years, Mr Adelaja has amassed numerous credits as both Director and Editor in these sectors. At present he is the Managing Director of Solar Productions Ltd., a leading independent television production company in Nigeria.

Mr Adelaja is a successful graduate of both Howard University (Washington, D.C.) and Columbia School of Broadcasting (Maryland). An accomplished Afro Jazz pianist who has performed with world renowned Jazz musicians, he continues to make his mark in that field. He is a self-described “dynamic self-starter and team player” making him an asset to the projects he has become involved with. His good, creative judgement along with his proficient technical and personnel skills are qualities that make him suited to significant involvement in the tasks ChiYoWo undertakes.

Throughout his career he has developed the ability to bring projects to successful fruition while working under difficult conditions, budgetary constraints, with a wide cross-section of persons and sticking to tight schedules. Mr Adelaja is a trustee and brings his valuable skill set to ChiYoWo, where he feels his capacity for making a difference will help to drive the worthwhile projects undertaken.